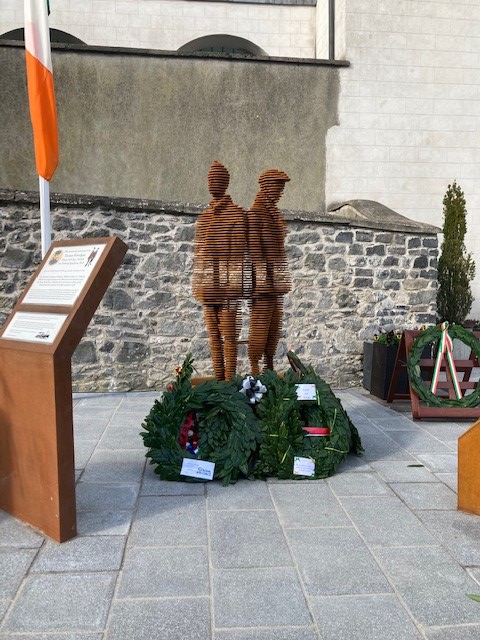 When we were approached by The Kilkenny Great War Memorial group of Donal Croghan and John Joe Cullen in January of 2020 little did we know the year that laid before us.
At our first meeting Donal and John Joe spoke of the tremendous Thomas Woodgate, the youngest Irish Soldier to be killed in World War 1 and he was from Callan in Co. Kilkenny. We had done a small bit of metalwork for the Kilkenny Great War Committee in a previous memorial and they asked would we get involved again. Upon hearing the story we were touched but upon hearing that they would like the memorial to be made in metal we really sat up and listened. This is not going to be your ordinary architectural metalwork package.
We set about thinking about how this could be created. The Committee told the story so well. Had the details really researched and verified and we wanted to do Thomas and his family justice by creating something fitting for the great person he was.
The idea was floated of an image of a boy leaving Ireland and becoming a soldier and then the work began. We suggested corten steel or weathering steel as it is also know as.

We set about preparing drawings and layouts which captured the brief to which we were tasked. 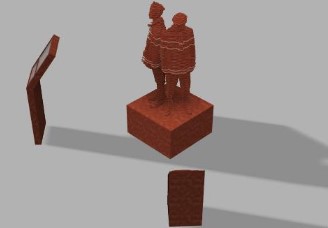 A design was created, presented and signed off.
The metalwork then began in our metal fabrication workshop in Ballyfoyle, Co. Kilkenny. 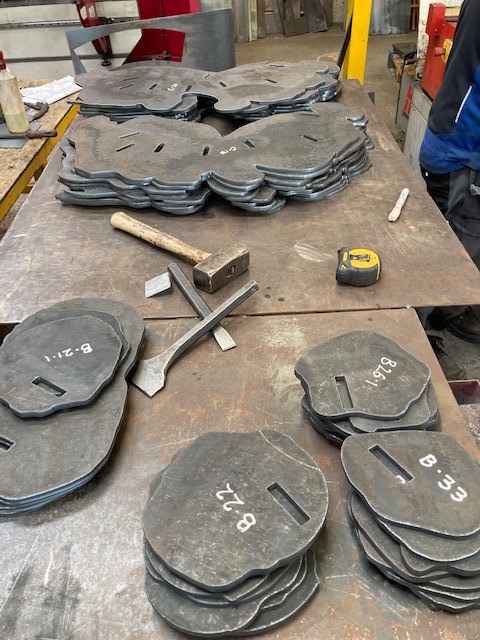 Corten steel was the chosen material. 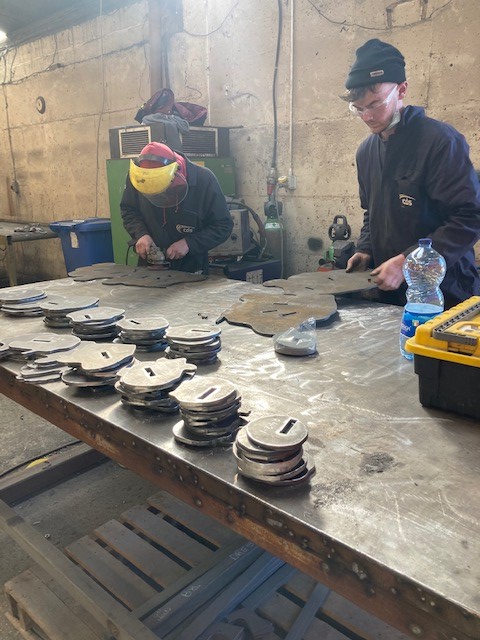 Our Metal fabrication apprentices became an important factor in creating the finished piece. 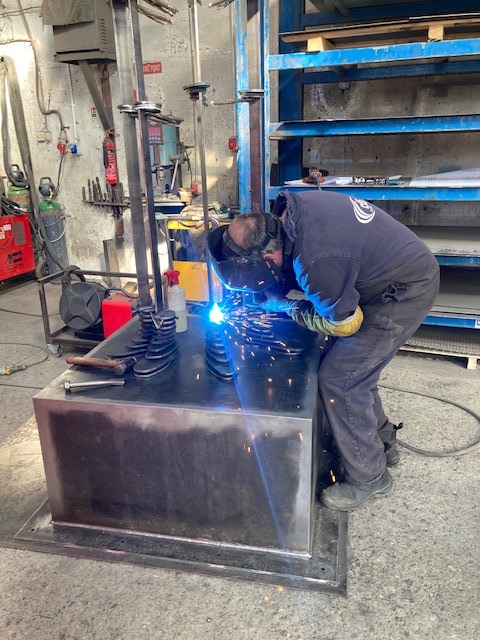 Assembly of the corten steel sculpture

Once the 284 individual plates were cut and polished we began the assembly. 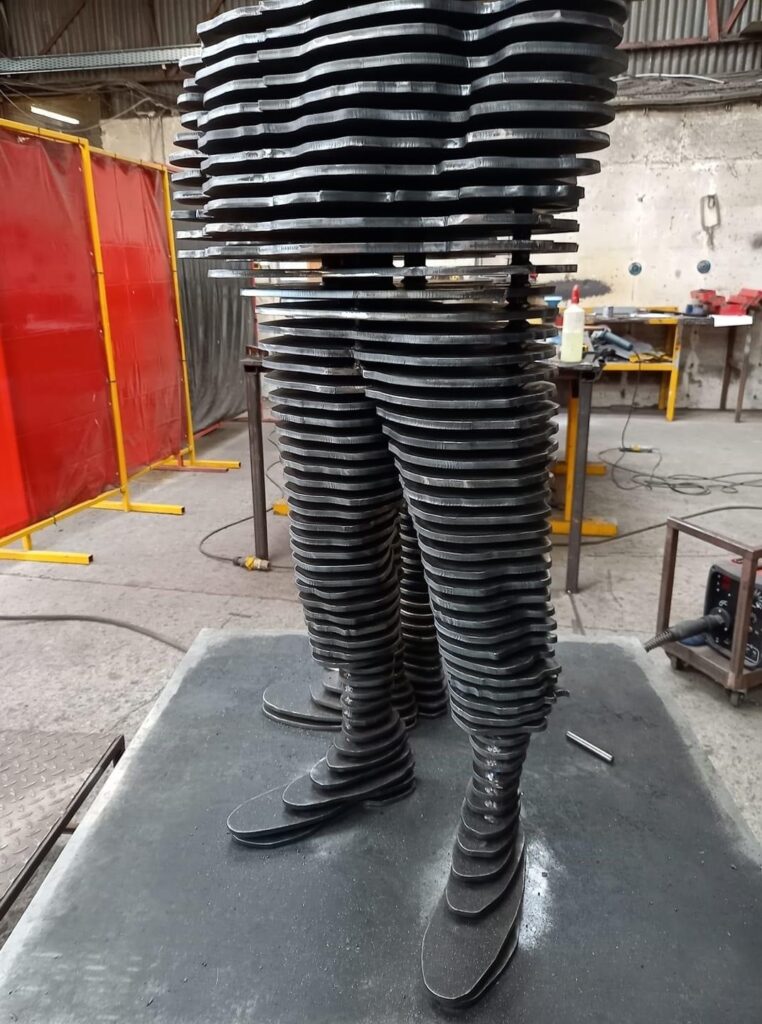 Each plate fully welded into position 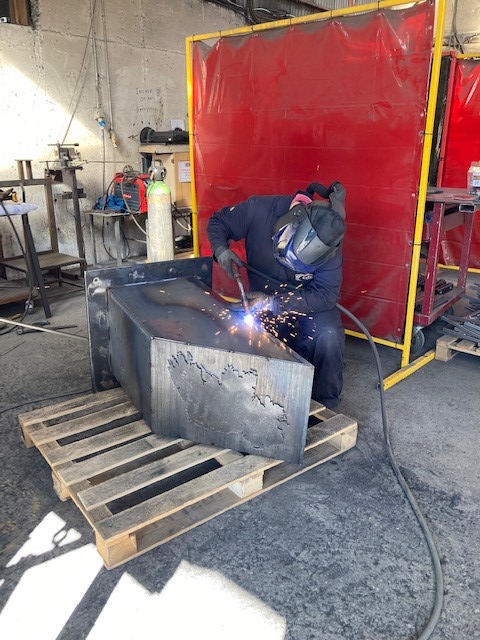 The map of Ireland being welded

Along side the main sculpture we created the map of Ireland. 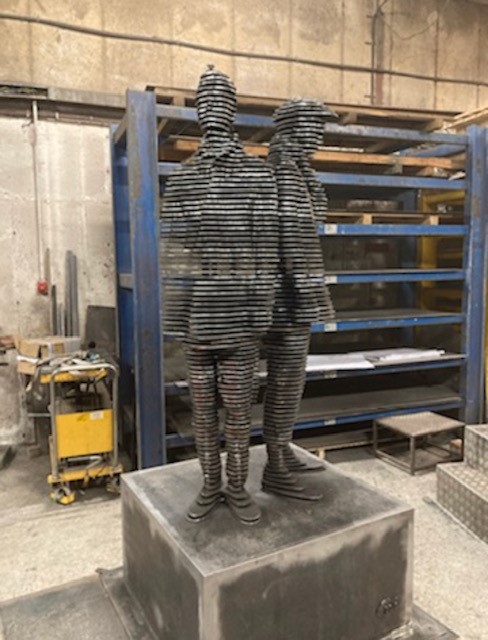 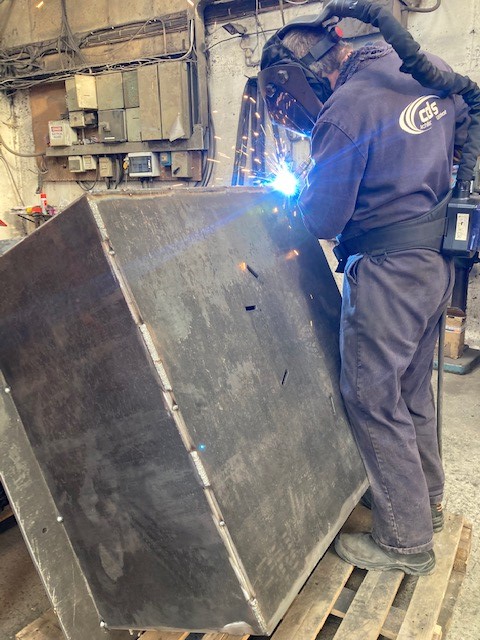 Once complete the sculpture was then taken to our finishing shop for aging. 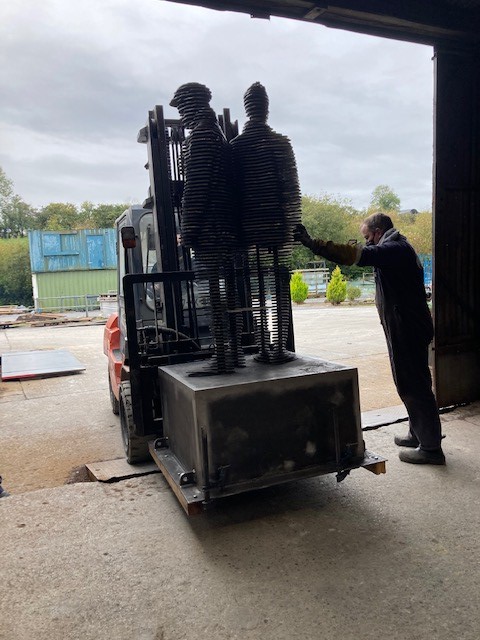 The process of aging began and the weathering of the Corten steel took place. 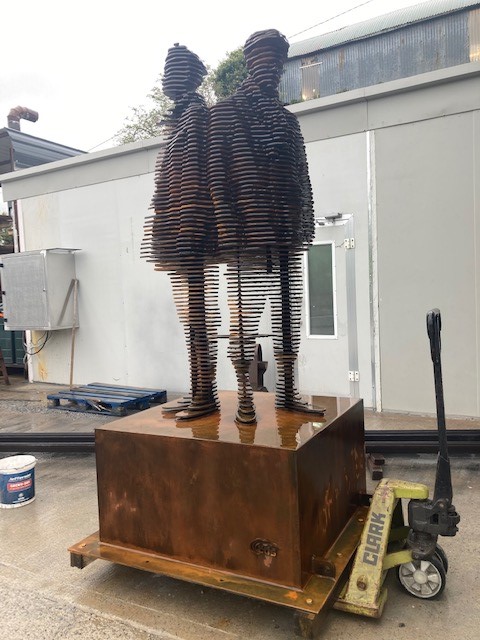 We were honored to place our signature on this piece. 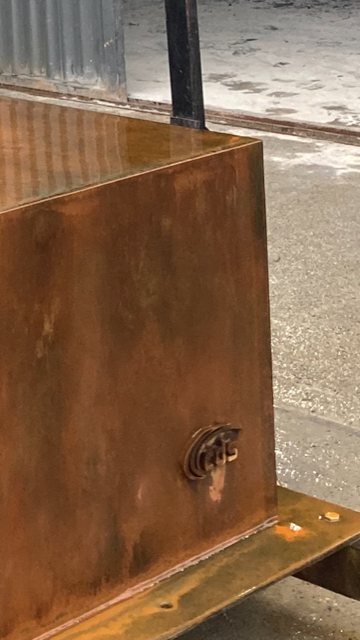 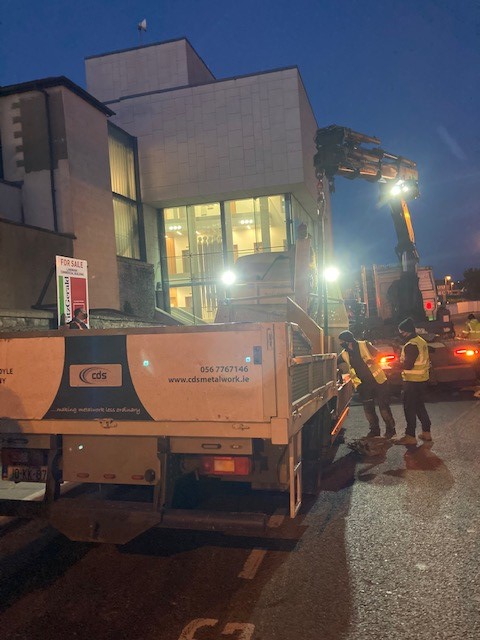 We then handed the sculpture over to our site installation team who took care of the delivery and installation in Kilkenny.
The unveiling day was something that we were not used to. The reverence, respect and attention to detail the The Kilkenny Great War Memorial Committee brought to the event was incredible and we were so glad and proud to be present. 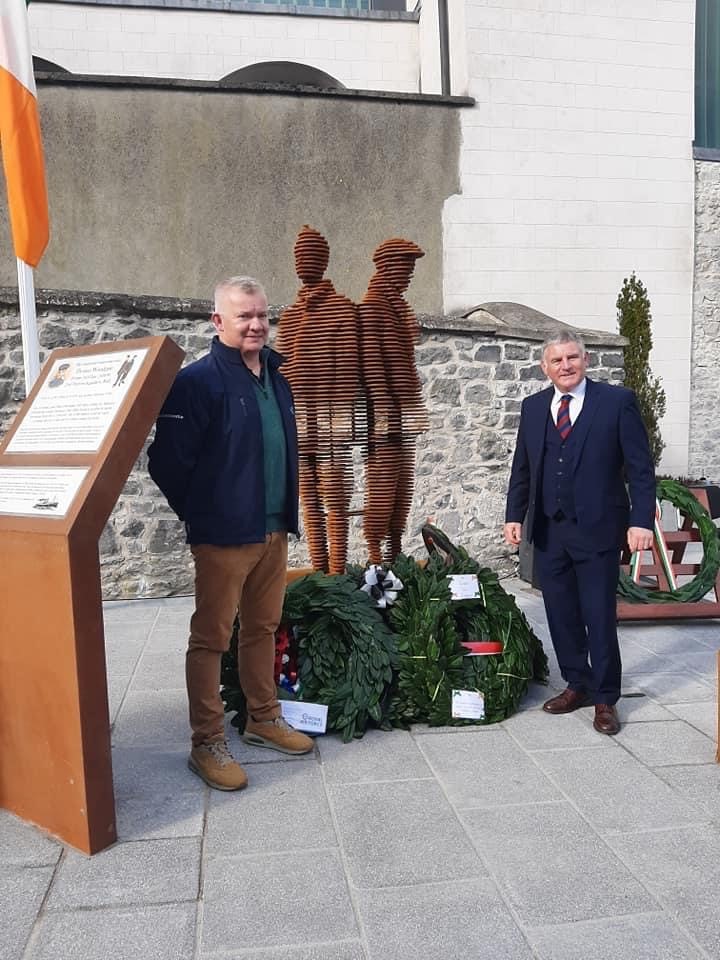 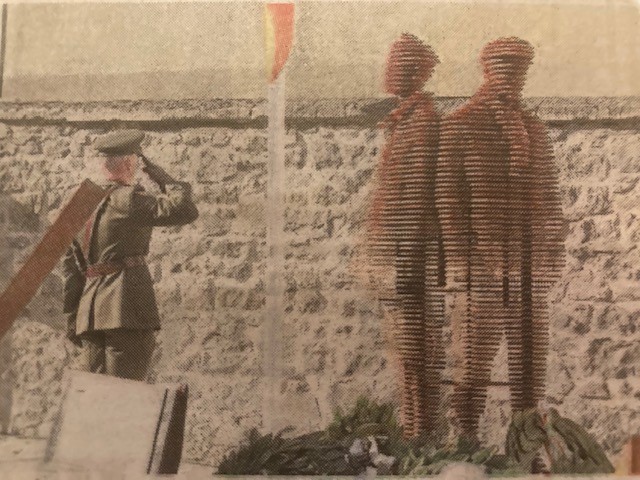 The image that captures it all by Vicky Comerford.

Thank you to The Kilkenny Great War Memorial Committee for trusting us with such an important sculpture.
Thanks to our great team in Ballyfoyle who work tirelessly in the pursuit of top quality metalwork.